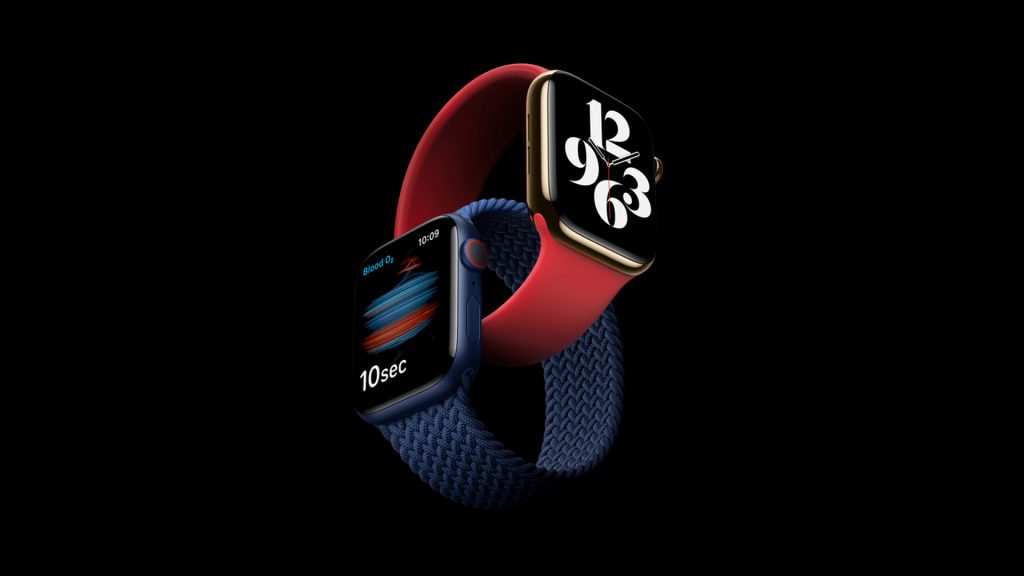 The Apple Watch Series 6 has a starting price tag of ₹40,990 in India. The LTE variant of the Apple Watch Series 6 will have a starting price of ₹49,990 in the country. All the colour variants of the smartwatch are now listed on Apple’s website for the Indian market. No launch date has been specified by the company yet, but we expect it to become available in the next few weeks. For starters, the new Apple Watch blood oxygen monitoring, something that has become quite a valuable tool these days to determine whether a person is potentially infected with the COVID-19 virus. Thanks to the new heart-rate sensor, the smartwatch can periodically check your blood oxygen levels and notify you when it drops below the recommended levels. Apple announced that it will use data obtained from the blood oxygen sensor from the Watch Series 6 to support research studies that explore asthma, COVID-19, flu, and heart failure studies.

The new smartwatch also comes with the Apple S6 processor. It features a dual-core CPU that’s based on the A13 Bionic processor used in the iPhone 11 series. It allows the Apple Watch Series 6 to run 20% faster than the S5-equipped Apple Watch Series 5. Connectivity features include LTE, dual-band Wi-Fi b/g/n, Bluetooth 5.0, and NFC. It supports Apple Pay and has 32GB storage. The new smartwatch also features the U1 chip for Ultra Wideband connectivity, allowing the device to act as a Digital Key to unlock compatible cars and smart homes. The Apple Watch Series 6 features a Retina Display that is 2.5 times brighter in the Always-On mode, making it much easier to see the contents on the display under direct sunlight. Users can even access Complications, Control Centre, Notifications Centre, and change watch faces without waking up the screen. The new watch is available in 40mm and 44mm sizes. They feature IP68 certification for dust and water resistance (up to 50m). It features a loudspeaker and a microphone for calls and media playback. Apple is also introducing three new band styles: Solo Loop, Braided Solo Loop, and Leather Link. The Solo Loop and Braided Solo Loop watch bands have no clasp or buckle. Apple will offer them in nine sizes so that everyone will find a size that fits them. They feature a smooth and silky finish. The Leather Link band wraps around the wrist elegantly to link to the other side with flexible moulded magnets.

HP has always been known for creating stylish, reliable laptops with great processors. There’s nothing that’s not nice about an... END_OF_DOCUMENT_TOKEN_TO_BE_REPLACED

Microwaves today have become a kitchen essential, as they save your time and are convenient for cooking and heating food... END_OF_DOCUMENT_TOKEN_TO_BE_REPLACED

# 2D Shower System This adds dynamic movement to the water through nozzles and circulates the water 360° in the... END_OF_DOCUMENT_TOKEN_TO_BE_REPLACED

It is OnePlus’ habit to launch special editions of its smartphones. There were McLaren Editions of the OnePlus 6T and... END_OF_DOCUMENT_TOKEN_TO_BE_REPLACED

Realme had launched the Realme C11 in India last month. This month, it hyped up more upcoming affordable phones and... END_OF_DOCUMENT_TOKEN_TO_BE_REPLACED